Since its founding in 2011, Black Revolver is more than a world-class apparel and skate company, it is a symbol of rebellion and freedom, made by a group of fearless misfit skaters, renegades, men of mayhem ready for mass destruction, living the skatelife with own code.

Armed with passion and desire working hand in hand with talented artists to bring killer high quality designs for those who like to use, skate or do different things.

Inspired by music, art, culture, photography, urban life and especially skateboarding we live through our motto:

But not only do we do that, we also help recycling skateboards for the creation of furniture and accessories, we sponsor skateboarders to grow the local skateboarding scene, we donate clothes to the needy and we work in the Guatemalan textile and carpentry industry.

If you wanted to be a part of this movement, you must represent Black Revolver or die. 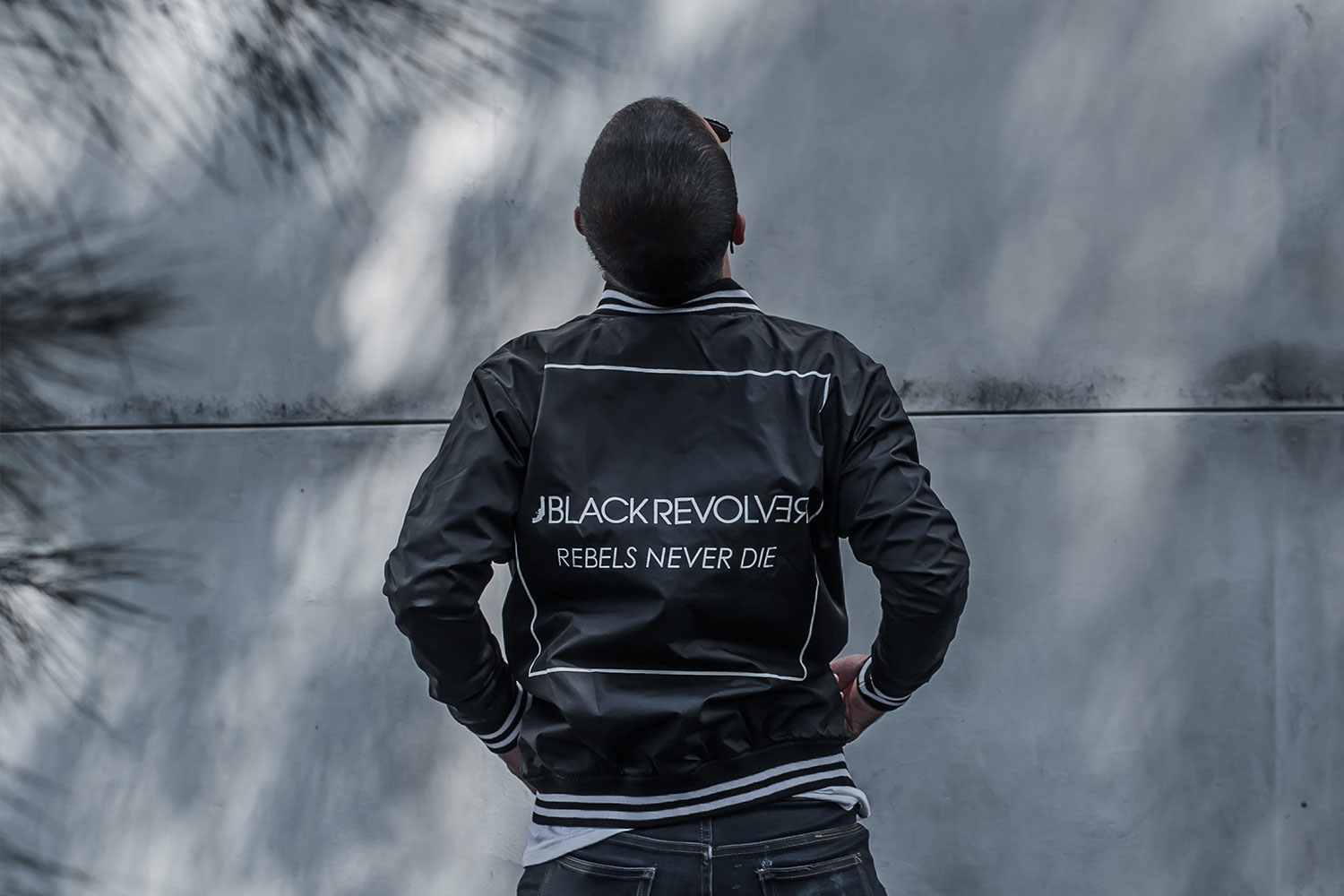 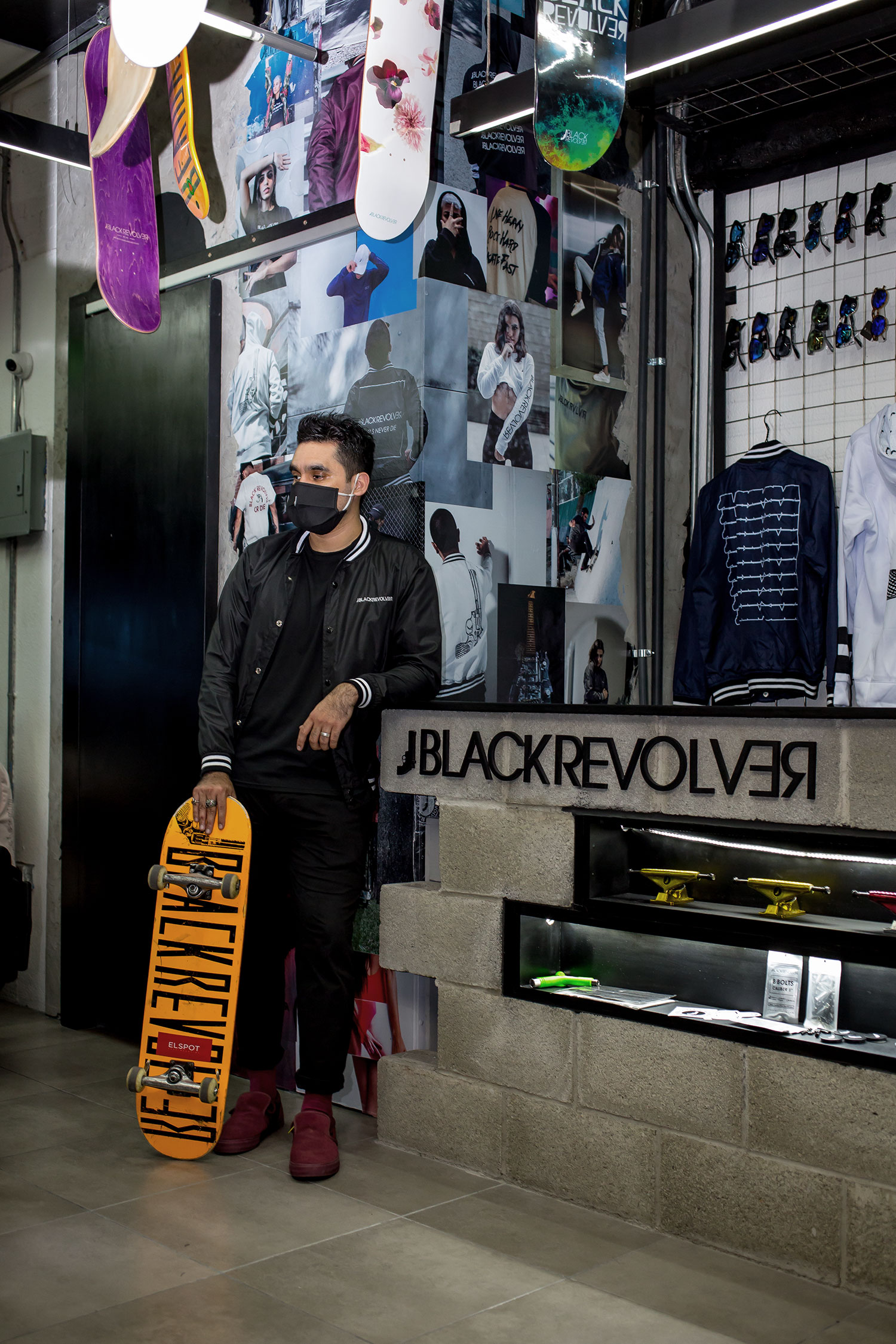 Uriel Ruano, Guatemalan skater, founded the first national brand of accessories and apparel for Skateboarding “Black Revolver” in 2011 and it is the first national skate brand to open its own physical shop (Concept store). BR has an international presence in the USA, Mexico, CA, Europe and some Asian countries and has its own flagship in zone 10 of the capital.

In addition, he is the owner and founder of “El Spot Shop / Magazine” (2008), the first and only online skateboarding magazine (previously printed) in Guatemala and now with its new concept, themes such as streetwear, sneakers, fashion and more have been added. in addition to having an online store and now selling products within the Black Revolver Shop.

Uriel has been in the skate scene for more than 22 years, apart from skating, he is a designer, publicist, web master, entrepreneur and marketing professional. He has traveled to the United States, Asia, Europe, Mexico, Central America and various departments in Guatemala, among other places. He has been the winner of several national awards and competitions between 1st and 3rd place.

He has built a long experience in organizing skateboarding events, where he has directed and developed events with national and international bases since 2004. In addition to training in the area through the organization of instructive exhibitions and sponsoring several national and foreign athletes with Black Revolver and El Spot Shop / Magazine, thus promoting the skate lifestyle.

He was a judge of several national and international skateboarding events, judge and director of the judges’ table of the most important events at the national level:
– “Conquistando Spots Red Bull 2010”
– National Ranking 2010-2011
– DIGEF “Central American” 2011
Among others.

Within his career as a skater, he has had appearances in several reports, photographs and specials in various advertising and communication media such as Faces, Switch, Prensa Libre, El Periódico, Taxi, El Spot Magazine, Guatevisión, Canal 3, Canal 2, Canal from Mexico, Polyester, Soy 502, Infinita, Esquisses, among others.

“Black Revolver is made by skaters for skaters and for all those who like this lifestyle and its subcultures, more than a brand it is a symbol of rebellion and freedom.
Rebels Never Die! “
Uriel Ruano.

SHOW OFF YOUR ADDICTION WITH KILLER PICS USING #BLACKREVOLVER ON INSTAGRAM

TO BE FEATURED ON OUR SITE